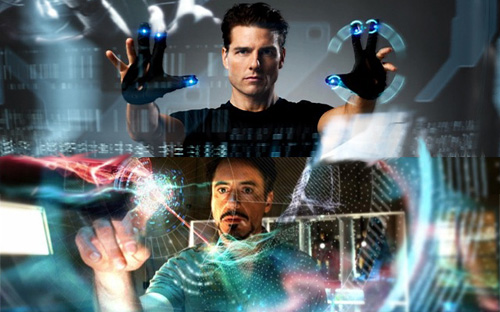 Technology is cool. As a sci-fi writer I am constantly needing to come up with new technologies to solve either existing problems or made-up new ones. In fact, this is one of the areas where my writing overlaps nicely with my day job. I get to solve problems with technology.

There is something I’ve learned, though. New technology can solve problems, but it never comes without new problems of its own. Ever.

My recent purchase of a PS Vita illustrates this nicely. I love the device. It has a great screen, crisp controls and an incredible library of games. I am amazed at how much cooler the device is when compared to our 3DS. The Vita has a small flaw, though.

The controls seem to be designed for non-human hands.

Often in science fiction we see things from the future which appear to have no flaws at all. The body armor in Continuum is just standard issue for future cops, but has magic powers that can make a person nearly indestructible for ever and ever. It powers itself from your movement without ever slowing you down. Iron Man’s super cool transparent monitor is just shown as some high-tech gizmo that Tony Stark happens to have. The idea of awful eye strain and confusing image depth are never really mentioned.

Someone told me recently that one of the things they liked about my book was that technology always was cool but flawed. There was always some glitch. Reflecting back on it, I have to agree. What’s more is that those really enamored with the tech tend to overlook those flaws. It’s only an outsider who can really look objectively at the tech and see what’s wrong with it.

I think that’s true in real life as well. My PS Vita is a great piece of technology. I’m playing with it on a regular basis, not even caring that I have to twist my fingers into unnatural contortions just to keep from dropping the fragile device. I think the thing is wonderful and I’ll keep thinking it’s wonderful until Sony produces a new device. Then I’ll buy that and tell everyone that it’s solved all of the problems of the PS Vita.

Science fiction is a wonderful place to think about how technology can affect our lives. It doesn’t need to be perfect, though.