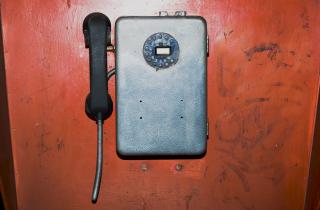 Midnight. It’s cold. It’s my first night on call with the Red Cross and I’ve just been called out to a house fire. I’m using Google Maps to navigate to the location, but it’s giving me wonky results and I’m not positive that I’m getting to the right place. I’m just on the verge of figuring out that it’s leading me astray when the phone rings.

The phone is ringing, but there’s no button to push. The display isn’t there. Google Maps has taken over the whole screen and the home buttons are gone. Dragging from the top doesn’t work.

So, I pull over. There, in the middle of the night, in the frigid cold, I reboot my phone. It takes ten minutes. Finally, I return to a screen that will do something. The call was from another Red Cross volunteer and he’s left a message. There’s a new place to meet.

I’d like to say that this frustrating situation is unique, but it’s not. Virtually every phone call I get on my Nexus 5 is a string of panicked desperation trying to figure out how to get the damn phone to pick up. Voice calling is not really a main feature of stock Android, so it’s not consistent on whether you swipe or push a button or just plain can’t do it.

This would be fine with me, if the phone was good at anything else. Really, I don’t make a lot of phone calls. Unfortunately, recent updates have included memory leaks, random crashes in core apps like Google Maps, and something that makes the timer fail in the middle of a half hour run. It’s a timer. That should not consistently fail.

I eventually got to the correct location. The other Red Cross volunteer was already started by the time I go there, but I’m just a trainee, so it wasn’t a big deal. It still bothers me, though. I think of it as a galvanizing factor in the big Android/iPhone debate.

Next time I’m buying an iPhone.

I need a different set of problems.