Eventually painting miniatures fails to satisfy the continuing desire for customization and creativity. A hobbyist feels a certain desire to drastically modify models so that they might fit a certain image lurking somewhere in some imaginary space. This was the case with K’tik the Elf Hunter, my newest Dungeons and Dragons character.

The most common media to work in for model modification is Green Stuff. It comes in tubes of mysterious blue and yellow substances. Mixed together they become a green clay-like substance, which hardens after another couple hours. In theory, this gives a person plenty of time to work it into the desired shape.

The only problem is that Green Stuff is extremely hard to work with. It sticks to everything, including fingers and tools. It hates forming sharp edges. It holds fingerprints.

I’ve made several attempts at modifying models in the past, but I believe K’tik is my first real success. Following are some images, including one of the halfway modeled K’tik and an identical original model. The hardest part was the bow, which involved glueing bits of metal (a salvaged staple) to his hands and then wrapping it in Green Stuff for strength. So far it hasn’t fallen apart, but I’m not expecting it to last forever. 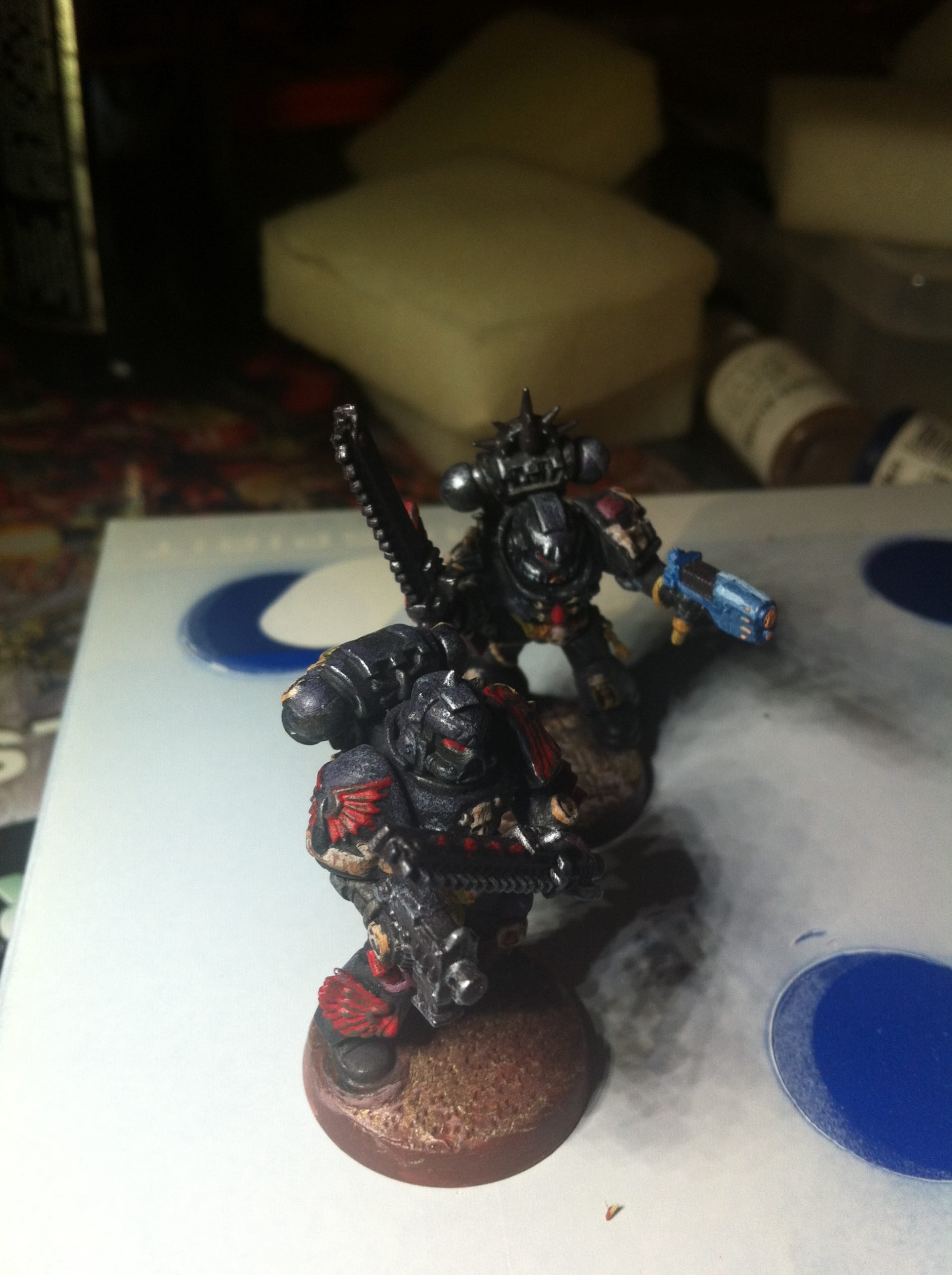 Well, there’s brewing beer.  I pretty much keep up with that, though my skills improve very slowly.  Also, woodworking is a good one.  I only build something like one item a year, but I’m pretty sure that qualifies.  Writing is a pretty solid one.  I continue to produce words, and another work is scheduled to be published (though I’m not making money on this one).  Horticulture counts, I think.  Only during the warmer months, though.

I believe if I collect just one more hobby I can officially declare myself a hobbyist.

Warhammer 40k has been the latest hole into which I sink my time.  I collect little dolls, assemble and paint them, then square them off against other collected armies.  They usually lose.

Here is the first batch, a Blood Angels Death Company.

These little guys include green stuff augmented bases, lots of dry brushing, and some teeny tiny lettering on the scrollwork on their shoulders.  They weren’t particularly hard to paint, but they took an unbelievably long time.  I suspect the Stormraven Gunship, Assault Squad, and second Death Company I’m currently working on will take me most of the way through the remaining four seasons of 24.