I look around.  There are a lot of people in this room.

I just might be the second most athletic person here.

This is not true of the whole convention center, of course. Some of these guys are clearly more fit than I.  It just happens that this particular room doesn’t contain any of those macho, super-athletic card gamers.  It doesn’t have any of those Warhammer 40000 guys, or even those quick kids from Anime.

This is straight up D&D.

It is an older crowd.  A heavier than average crowd, too.  I bask in a smug feeling of second-most superiority.  Maybe if I could get Jeff to leave I’ll take that top slot.

Of course, my striking athleticism isn’t going to mean much here.  Nobody cares what people look like, how fit they are.  Even I find that my probably faster run speed and reduced risk of heart disease mean nothing in this setting.

This is a gathering of gamers, and in this place most of these people are my superiors.

I hope they don’t rub it in.

I think my favorite event at GenCon this year was the Reaper speed painting contest.

I also managed to paint a pretty decent miniature.  One of my favorites, really.  I thought his colors came together nicely; his accents were finished just as the timer went off.  The base could have been a little more creative, and there were some technical flaws.  I also came to realize that there are several techniques that I’ve never really explored.

It gives me something to think about as I move forward with my painting.

In a separate event I learned how to use greenstuff.

I expect these two events together will really improve this little hobby of mine.

Nearly four days I was away from home in the wide, wide world.  This is the longest I’ve been away for, well, longer than I can remember.  Following are some of my most important observations, to be recorded for all time:

The last class of the last course of my last semester has finally finished.  I know I didn’t get a great score on that last test, but I’m sure I did well enough to finally graduate.

I now have a Masters of Agriculture in Horticulture with a focus on Landscape Design.

Yeah, that’s a really long title.  It means I officially know a lot about plants, but more importantly I know a lot about design.  With a little investment in some software I could, potentially, get into the game of designing small business or residential landscapes. This is something I would love to do on the side.

But probably not anytime soon.  I intend to find other uses for my free time.

I intend to spend my vacation time on something a little more exiting than school.  Like, maybe, a vacation.

I am a lurker. I rarely comment on the blogs I read. Most of the time I find myself with nothing to say. Often I am afraid to comment because I might offend someone. But there is a time when lurking is not allowed. There is a time when all blog readers must make themselves known. I hear tell that the time of Delurking is upon us.

I happens every year. We buy Halloween candy weeks before the actual date, only to have the supply slowly diminish until a second candy purchase must be arranged. It isn’t like anyone here really eats a lot of candy. It just slowly dissappears. I virtually never eat candy any other time of year. Once as a kid I had to throw away chocolate eggs to make room for the next year’s Easter candy.

But walking by a bowl of Halloween candy without having just one piece seems to be virtually impossible. As the weeks go by the candy goes away and we end up buying more before the big day.

But not this year. This year I had a strategy. I intentionally procrastinated. I waited until there were only three days until Halloween. I knew that we would eat some of the candy in that time, but not a significant amount. Or so I thought.

Something was missing from my calculations. It was like when you calculate how long it would take a guy with a parachute to drop to the ground from 10,000 feet, but you forget to factor in gravity. I calculated the rate of consumption for Carol and I, but neglected to factor in Fred The Dog. The lucky guy ate two bags of Reeses Peanut Butter Cups, wrappers and all. This puts us solidly below the quantity necessary for Halloween night, and it isn’t even Halloween yet. It looks like once again I’ll be shopping for candy at the last minute.

I really hope Fred can pass those candy wrappers. It may be his greatest feat yet. I’ve noticed that lately he’s been training. He ate at least three or four squash from my garden, passing the seeds untouched. I have been putting extra grain from beer brewing in the mulch pit, which while mowing I noticed had been gathered into giant tootsie roll shapes and scattered across the lawn. This summer he ate some corn on the cob without hardly chewing. He’s even eaten chicken bones when we weren’t paying close enough attention. He doesn’t break them at all, he just swallows them whole.

I guess I’ll be following him around for the next few days looking for that telltale orange. What a great dog.

A Trip To Nebraska 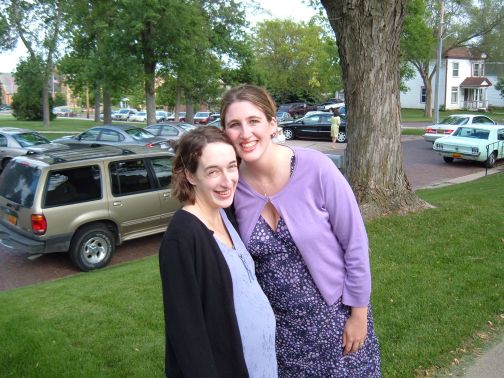