I know it’s not true, but when I think of fiction my brain will always classify it as either science fiction or fantasy. That’s all I like to write, and I just don’t see any reason to acknowledge any other form as legitimate.

The line between the two isn’t always clear. After all, the Force is pretty magical right up until someone starts talking about midi-chlorians.  In my understanding of the world, that series transformed from this elegant combination of fantasy and science fiction into pretty much just straightforward science fiction.

Not that I have a problem with that.

So, if science fiction is just fantasy explained, then maybe I should just think of it all as speculative fiction and be done with it.  After all, I have trouble thinking of urban fantasy without mixing in a little science fiction.  If, for instance, there exists a spell which causes fiery explosions, then there really ought to be someone out there trying to turn that into an alternative green energy source.  I mean, who wouldn’t be in favor of giving up fossil fuels for something that runs on the blood of innocents?

Science fiction seems to invade the so-called realistic fiction of my everyday entertainment substrate.  Every detective show I’ve ever watched or read, from Sherlock Holmes to Bones, seems to have this element of science fiction to it. This is something I really love to watch.  It’s speculative fiction that is so close to truth that sometimes we are actually convinced.  In fact, sometimes it really is true.

I should probably admit that when I watch Downton Abbey I see nothing more than a beautifully rendered but extremely subdued Steampunk universe.  I know it’s not explicitly called out, but I wouldn’t have any problem if the whole family had to escape in their airship because the mansion got taken over by some sort of clockwork bronze spider.

I’m really sorry I wrote that last paragraph.  It is completely out of line to think that any such mechanical spider could even get close to the house before Mr. Carson tore its huge metal legs off with his bare hands.  It just wouldn’t happen and I apologize.

The moral of today’s rambling is this:

Read fiction.  Watch fiction.  Listen to fiction.  All kinds.  Consume fiction in any way you can and think about it when you do.  It’s good for your brain. 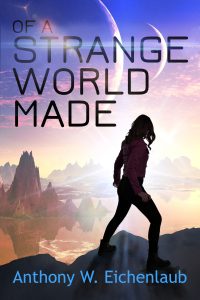